Born and raised in Belarus, Raman Stsepaniuk began his athletic career as a young gymnast for the Soviet government. After realizing gymnastics wasn’t for him and taking a short hiatus from sports, his coach reached out about a spot on the national team for sport acrobatics. He was hooked. After college, he fled Belarus for the Russian circus, which eventually led him to the U.S. with the Ringling Bros. After his contract concluded, he decided to remain in the United States and sought work in Las Vegas, eventually landing with Dragone entertainment, where he still performs to this day
Where were you born, and how did you get into acrobatics?
I was born and raised in the USSR in the Republic of Belarus. I was five years old when a coach came to our physical education class, lined us up, and pointed at a few of us telling us to meet him in the gym the following day for sport/artistic gymnastics. I followed suit, and from that point on I was doing gymnastics until I was 12 or 13 years old. It’s a different sport system in Eastern European countries. The government runs athletic programs. So since I was considered to have the potential to be a good athlete, I was paid for it. I was making maybe five times less than my parents would at their jobs, but for a nine-year-old it was good money. But we were training hard for it.

What was the training like?
I would wake up before my parents at 6:00 a.m. and walk to the gym for the first training. That would last maybe two hours, and then I would walk to school from there. After school I went straight back to the gym for four to five hours of training. I did this five to six times per week, all year long. I was basically living in the gym. I would come back, fall asleep, and repeat it all the next morning. When I was 12 I realized that I wasn’t physically fit for gymnastics. Back then you had to be good at all six events. Now you can go to the Olympics for one of the six. Technically I was good, but being the smallest one, I was physically behind. I realized it, and decided to quit gymnastics.

What happened once you quit gymnastics?
Six months later my coach called me and told me the sport acrobatics team was interested in a flyer. They were looking for a new member to replace their last guy who grew up and gained weight. I didn’t want to do it because I was already on the streets playing soccer and hanging out with friends, but out of respect for the coach I went and tried. As soon as they threw me up in the air, I loved the adrenalin and decided to join. It was easier than gymnastics because I didn’t have to be very strong, and I could use the strength of my partners. Money started to come in, but this time I was getting paid more than both parents combined. Then the Soviet Union collapsed, so the federation didn’t have money to send us to international competitions. So I was national champion multiple times, Baltic countries champion, but never competed in world competitions. This continued to age 17. When I was 17, our group started to drift away from the sport, so we stopped.

Can you talk more about why you didn’t want to go back to acrobatics?
I was 16, and I just wanted girls and fun around. I didn’t want to be in a gym that much anymore. I was over it. My brother had a small business, so I was doing that with him, selling audiocassettes. I was also smuggling things to and back from Poland and trying to make my living. The streets were pulling me. If you wanted to survive you had to learn how to fight. That life was attractive because sports had gotten me addicted to adrenalin. I was still chasing that feeling, so I would find it in different ways. I hadn’t thought about going back to sports at all. It was luck that I got the call. Acrobatics was always saving me from big trouble. I could see myself in prison if I spent a couple more years doing what I was doing. I had two choices, either continue doing bad things and go to jail or go back to acrobatics.

After your team disbanded, was that the end of your career in sport acrobatics?
At that point I was already in college for physical education, and I was studying sports. I was still doing acrobatics, but not at a high level. For five years I was in college, staying close to sports and learning how to coach. I had to do sport aerobics because it was a requirement. We were almost the best group in the country, but I was doing it because I had to, not because I liked it. Plus, since I was a child I had been used being paid, so I was trying to do business to make money. I would go into Poland to sell and buy stuff, just trying to afford to live. After college there was a requirement to go into the military, but I didn’t want to. Friends of mine from sport acrobatics went to the Russian circus. I decided to instead join friends of mine in the Russian circus. I packed my stuff and left for Russia. In Russia the circus is different. It’s a step under the movie stars, and a very respected profession. So for me to go into it was honorable. I wanted to be part of that culture. With them I found a group that had a contract with Ringling Bros. and Barnum and Baileys circus in the United States. 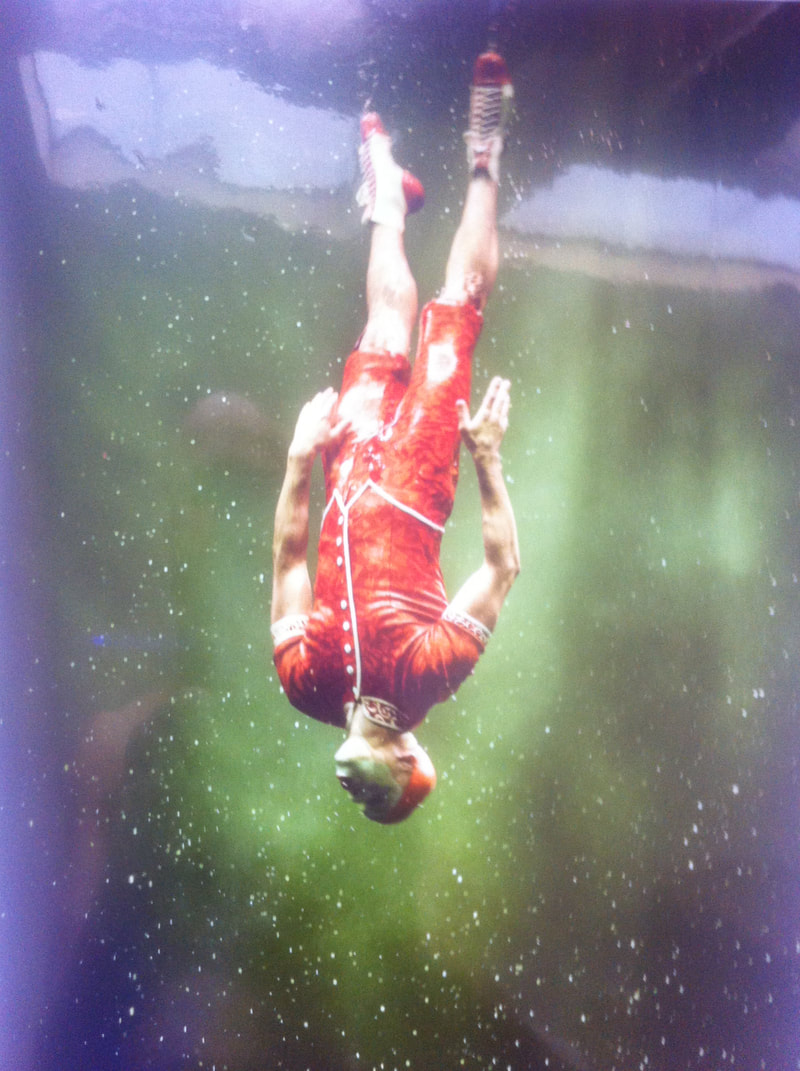 Was it difficult to leave home?
No. Since I was five, I saw my coach more than my parents. During the day I wouldn’t see them at all. I would do my homework and go to bed, and then wake up before them to train. It was an adventure to leave. I was still young — 20 years old — and excited.

How was working for the circus in the United States?
It was a great experience. I was young, living in a train, and going city to city every week. We went through all the states in two years. It was a lot of fun, and after the contract ended I decided to stay in the U.S. and find a job. I decided to go to Las Vegas and see what I could do, because I knew Cirque du Soleil was there and other big shows. I was hanging out in Vegas, doing odd jobs, and at the same time training and trying to find a job in a show. I went to an audition for Le Reve – a water show – and was hired in 2004. I’ve been in that show ever since.

How has your body sustained such a long career in acrobatics?
I only had one surgery in my whole career from overuse, which is quite remarkable. Technically I was quite good. I wouldn’t say I have been physically fit my entire career. While I was in college, I lost my conditioning very quickly. I could feel it when I went into the circus that I wasn’t physically fit to do it. I was lucky they still saw the potential in me. I had to get back into a very intense training program at that point. I had been doing more than average people, but a high level performer needs to be in top shape. Then I got comfortable in Le Reve, so I stopped working out. I rely on the technical part of it rather than the physical. Two years ago I started to feel my body changing. I knew that if I still wanted to squeeze a few more years out of this career, I needed to get back to working out, watch what I’m eating, and modify my lifestyle. So the last two years I’ve been trying to get the physical part back. I’ve had to overcome natural human laziness. I’ve also started to move more into clowning, or physical acting, which is not as physical as acrobatics.

Do you enjoy the acrobatics you are doing now for Le Reve?
I enjoy different aspects of it. This year was my 35th year doing it. What I enjoy is the performance. I like being on stage, and I like to feel the response from the audience. That’s the performer in me. When you feel energy of 1,500 people twice per night, it’s very rewarding. If you mess up in the acrobatics, they won’t realize it. But clowning is a different story – you work with the audience. If you mess up, they know it. It’s a huge reward to succeed, or huge downfall if you feel that they didn’t like it. Can you imagine 1,500 people showing you they don’t like you? It can be painful, but the reward is great as well. It’s about the adrenalin rush. I don’t get the adrenalin from acrobatics anymore. I’m not scared — it’s easy for me. I know accidents are possible, but you accept it. Like any profession, when you love it, it is easy for you. You get used to the risk.

Do you have any other businesses?
I’m an acrobatic consultant for synchronized swimming. I used to work with the French national synchro team, then the American team, and now with the Spanish national team. We have athletes coming here and taking classes with my wife and me. She provides the private classes for synchro and I provide acrobatic classes. We also have a small aquatic entertainment business. We mostly offer synchro for small shows, conventions, corporate and private parties, and charities. We like to stay busy. Here if you don’t work, you don’t eat. So we try to work a lot. My wife started getting into commercials and music videos, did Avatar, and is thinking about going into the movie business – but it’s just an idea for now.

Was your wife a synchronized swimmer?
Yes, my wife is a professional athlete as well: she was on the French national team. We met in Le Reve 15 years ago. She is not in Le Reve anymore, but coaches at a local synchro club in Las Vegas, is the U.S. national team head coach, and mostly takes care of our entertainment business. We also have twin girls who are seven years old. 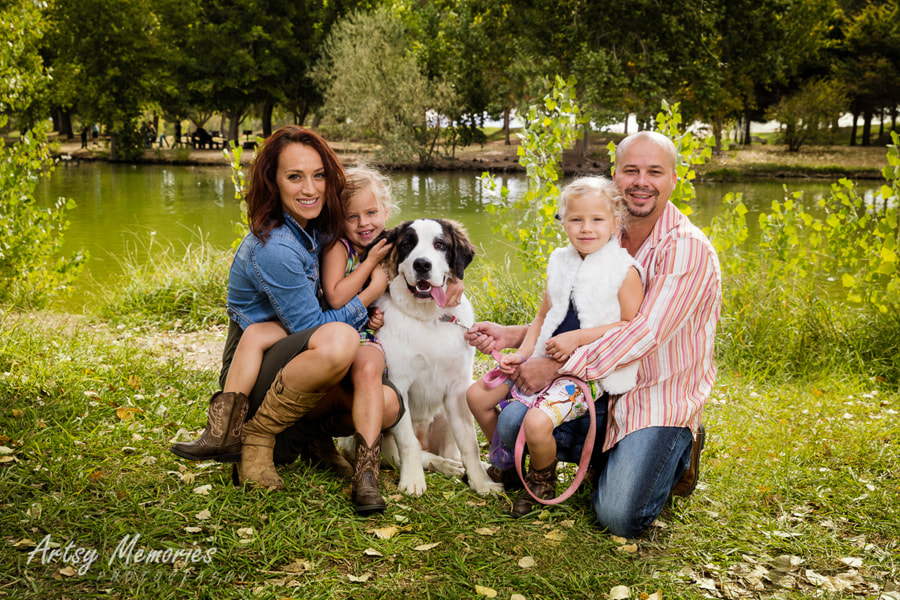 Do you have time for any other hobbies?
I still make time for myself by playing golf once per week. I’ve tried most sports and have been pretty good at most, but I was not good at golf. That’s probably why I like golf — the challenge attracts me. Plus I coach in circus school a little, just because I like it.

What have you learned throughout your career?
The biggest things I’ve learned are discipline and having realistic expectations. You can’t expect something without working for it. Nothing comes for free, especially in the U.S. Sports gave me the discipline to be able to choose something and stick to it, and see results. It also taught me to recognize when you aren’t good at something. My biggest realization at 12 was I wasn’t fit for gymnastics – and that’s what led me to acrobatics.

So that being said, what do you think is next for you?
Right now I know my acrobatic age is close to being done. But after doing what you love your whole life, to choose a career you don’t like seems impossible. I have options. We have our businesses, but I would still like to perform, just not as an acrobat — maybe as a physical actor instead. We will see. Time will show. Life is full of surprises. All you can do is stay alert and see what comes.
Support Us